I'm in the process of working out how to best facilitate exploratory mob testing sessions, and all of my rehearsals don't quite work out as I would hope to. With feeling I failed, I keep trying again. And I tried again a week after the previous, this time in Croatia in an open space conference named Testival. 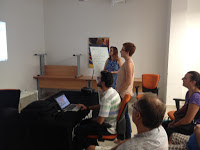 Introducing the session, I again went with rules, but I added one more to my list of two from CITCON. I decided to explicitly remind people on "kindness, consideration and respect" to work together as a team. And they did.

The experience with the group was completely different than a week ago. This was a group of smart, a little puzzled individuals where some people found the idea of testing without a specification strange until I promised I'm happy to answer any questions they have about the software.

They got started learning about use of my Mac, learning how to do right/left clicks and move between windows. Looking at how fast they picked that up, I was happy with how much better I've learned to communicate things like that as I'm noticing that some things I consider muscle memory have finally become things I can voice out.

There were few observations I made about how this group was learning: 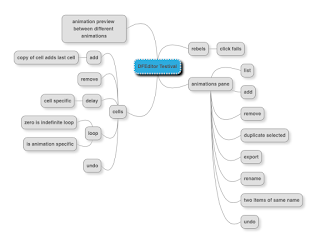 For next learning sessions, I will play more with what type of assignment I give the group. While I like mapping out the application / feature often as the first task, I was am truly this time constrained at work, I would not waste it on documenting much of anything else but bugs. There's always the choices with no right and wrong. I wish there was a way of getting them fast-forward into the application, starting from where some of my other participants had already learned. I could try also showing an existing map and seeing how that changes what happens. I also still want to start the exploration from the code instead of the UI.

Posted by Maaret Pyhäjärvi at 12:01 AM